← more from
Suction Records
Get fresh music recommendations delivered to your inbox every Friday.
We've updated our Terms of Use. You can review the changes here. 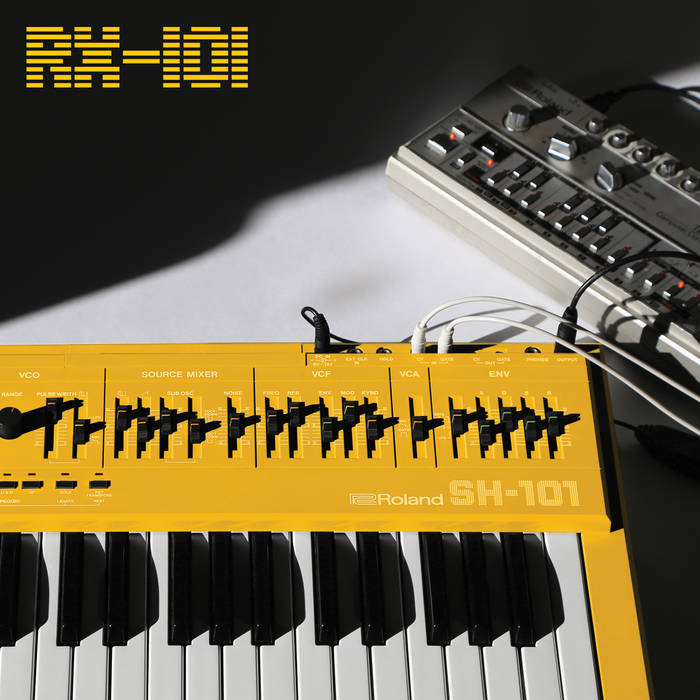 George Graphy I got the yellow vinyl because yellow is one of my favourite colours. Also the songs seem like the thing I would like.

Amor Fati Its just too good to believe that this was sitting in the archives for so long. Warm chunkiness at 33, warp space excursion mode at 45.

Viðrar Ský heavy stuff, i like this ep a lot Favorite track: Sys.rx.3.a006.

Envmod this is fucking wicked!

VINYL copies of this title are available exclusively via:
suction.shop

Suction Records is excited to unleash the 3rd vinyl EP in our series of archival releases by a RX-101, aka Dutch producer Erik Jong, who recorded hundreds of AFX/Rephlex-inspired tracks from 1997 to 1999, which remained unreleased until now. Continuing with our Roland SH-101 themed artwork, RX-101’s “EP 3” (suction040) pairs the 101 with it’s acidic little brother, the infamous TB-303.

There’s been a lot of renewed interest and hype surrounding the revival of acid techno in recent years, but RX-101’s acid offerings are not the slow ’n slinky variety favoured by most of today’s acid revivalists…. Instead, “EP 3” contains 6 tracks of crunchy, blown out, high-octane rave acid… Long-time AFX/Rephlex fans will recognize the sound immediately - the 6 tracks found on “EP 3” are eerily reminiscent of those sought-after Rephlex classics, the Universal Indicator series of 12”s - released anonymously by Aphex Twin and his Kosmic Kommando on Rephlex from 1992-1995.

“EP 3” is limited to 500 copies, with 150 copies on yellow vinyl, available as a Suction-direct-order exclusive.

Guests John Beltran and Kim Myhr walk us through their magical musical adventures.